I. Overview
This past season, I served in the media relations and broadcast departments for the Dodgers' Pioneer League club, the Ogden Raptors. For the first half of the 2016 campaign, I assisted the #1 broadcaster, Robbie Bullough, by handling media relations, hosting the pre- and post-game shows and via broadcasting play-by-play for all road games.
At the mid-season break, Robbie and I handled all media relations, broadcast prep and the on-air call for the 2016 Pioneer League vs. Northwest League All Star Game, which the Raptors hosted at Lindquist Field in Ogden. I then took over solo all the media relations and broadcasting responsibilities for the second half as Robbie headed to graduate school to pursue an MBA at BYU.

II. Media Relations
I handled the roster, game notes, prepping and distributing stat packs, website updates, game recaps, master lineup creation & clubhouse/booth delivery, arranging pre-game fan sessions with players, plus external media access for players/coaches and all the other many and unpredictable tasks that arise in that hectic but rewarding position. I approach media relations with the attitude everyone is my boss. Customer service and attention to detail are paramount. I arrive at the office early, am available to everyone and am flexible and coachable.
In short, while the sexy part of these multifaceted jobs is certainly the broadcasting segment, the media relations component is where all minor league broadcasters should strive to make their mark. With media relations, a broadcaster is a workhorse, not a show horse. I take pride in building bridges and relationships between the front office and the players/coaches. In order to over-deliver, I invest time in people and get to know them as individuals so I may best serve their particular needs.

III. Broadcasting
I hosted the pre- and post-game shows plus performed play-by-play. While my demo will allow you to judge my delivery and style, I strive to keep all games, be they nail-biters or blowouts, entertaining to both the hardcore fan and casual listener alike. A creative communications specialist, I am also a professional horse track announcer, agency-represented voice-over artist, light verse poet, comic and talk show host.
The three late, great Atlanta Braves announcers, Skip Caray, Pete Van Wieren and Ernie Johnson, Sr., are my greatest hardball influences. Additionally, as a tip-of-the-cap to my childhood hero, I strive to bring a touch of the flair of the late UGA announcer, Larry Munson, into broadcasts.
My baseball demo includes highlights, a non-scoring inning, a scoring inning, a pre-game show and an in-game interview with Tommy Lasorda, who began his managerial career in Ogden.

IV. Philosophy
In order to move myself and organizations forward, I work daily to live by the motto surround yourself with those who demand excellence of themselves. I always want to get better and yearn to be in the company of those who share this concept. Never satisfied with standing pat, I would deliver as a RoughRiders' communications lead, representing your club in championing, from formal speeches before civic groups to chance encounters with fans at the grocery store, all things north Dallas exurbs and RoughRiders.

V. Backdrop
I am an Atlanta native and a College of William and Mary Dean's List double major with degrees in History and Government. During my time in Williamsburg, I also earned the L. Tucker Jones Recreational Sports Award for my work as a referee and coach in the school's highly-competitive intramural leagues. I understand the essential fundamentals that make teams--be they professional baseball clubs, businesses or even communities--successful.
My father, a retired Southern Company finance executive, was a student manager for Coach Adolph Rupp at Kentucky. I have a deep-rooted passion for the South, its culture and its much-celebrated love-affair with sport. And few things are more American than high-minor league baseball in the Lone Star State. I would be honored to help tell the story of a franchise already with 4 divisional flags and a league title to its credit in just 16 seasons of play in the historic Texas League.

Thank you for your consideration! 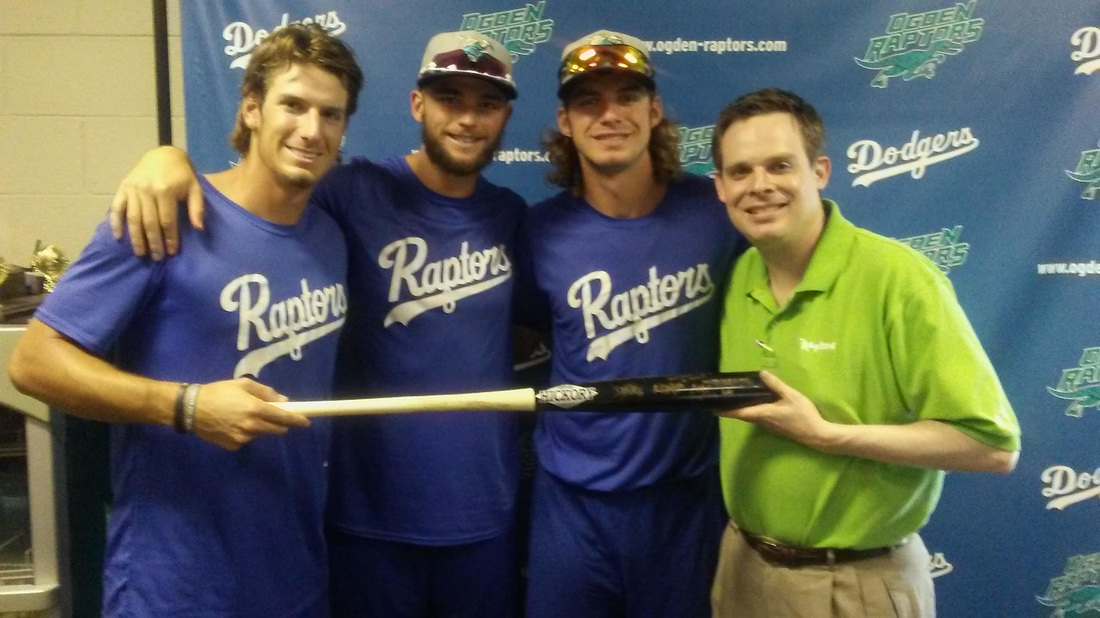